[pullquote align=”right” cite=”Goethe”]Whatever you can do or dream you can, begin it.
Boldness has genius, power and magic in it![/pullquote] 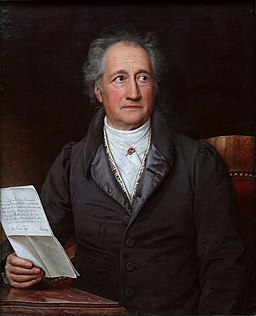 I originally published my learnings on this Goethe quote on a site my wife and I own that is intended to be more an outlet for our artistic endeavors which has gone a bit fallow lately. It feels appropriate to re-post the material here as it has greater relevancy to the theme I’m heading towards.

Here’s a good perspective on the power of this Goethe quote, apparently from W. H. Murray in The Scottish Himalaya Expedition, 1951:

But when I said that nothing had been done I erred in one important matter. We had definitely committed ourselves and were halfway out of our ruts. We had put down our passage money–booked a sailing to Bombay. This may sound too simple, but is great in consequence. Until one is committed, there is hesitancy, the chance to draw back, always ineffectiveness. Concerning all acts of initiative (and creation), there is one elementary truth the ignorance of which kills countless ideas and splendid plans: that the moment one definitely commits oneself, the providence moves too. A whole stream of events issues from the decision, raising in one’s favor all manner of unforeseen incidents, meetings and material assistance, which no man could have dreamt would have come his way. I learned a deep respect for one of Goethe’s couplets:

Whatever you can do or dream you can, begin it.
Boldness has genius, power and magic in it!’

Want To Be Notified About New Articles?